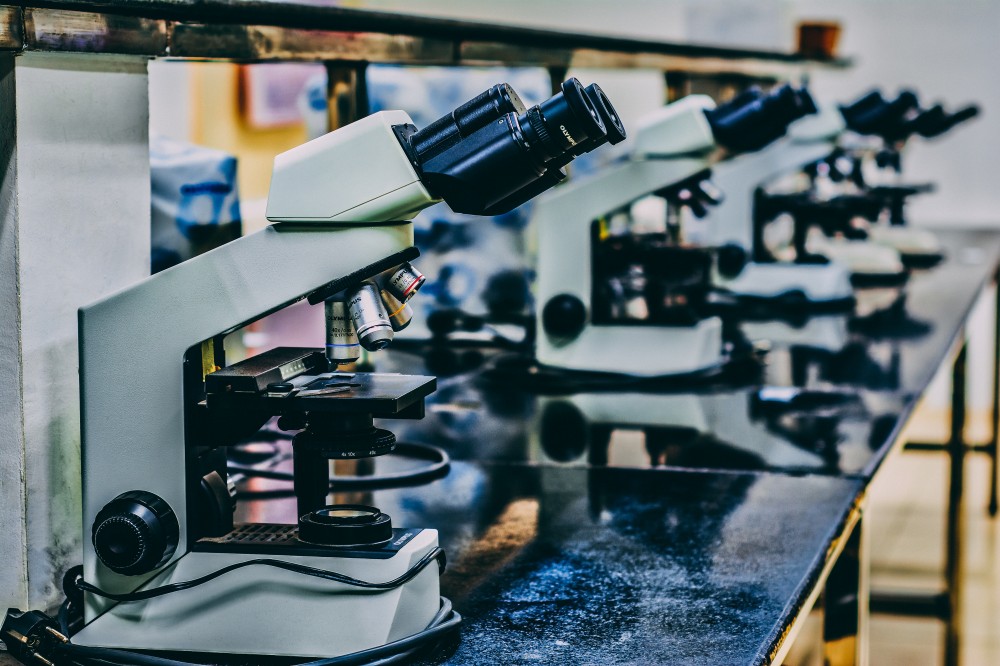 Putting the ‘Continuous’ Back into Health Care Improvement

When the Japanese word KAIZEN™ entered the language of quality improvement via Masaaki Imai’s seminal book, KAIZEN™: The Key to Japan’s Competitive Success (McGraw-Hill/Irwin, 1986), the author defined KAIZEN™ as "ongoing improvement involving everyone." In a 2011 video posted on YouTube, Imai reinforced that KAIZEN™ means "everyday improvement, everybody improvement, and everywhere improvement."

If KAIZEN™ is the never-ending practice of "continuous improvement," how did the word get associated with episodic weeklong improvement projects that are referred to as "KAIZEN™ events" or "KAIZEN™ blitzes?" An improvement event that starts on Monday and ends on Friday, to be followed up by another event that’s held three months later, hardly sounds continuous at all. These could be more aptly named " events", after the Japanese word that means "radical change", but instead the term "KAIZEN™ event" has taken root.

The association between the word KAIZEN™ and these weeklong KAIZEN™ events has been particularly strong in health care during the past few years. The spread of weeklong events was partly driven by the success stories from organizations like ThedaCare (where they are called “rapid improvement events”) and Virginia Mason Medical Center (where they are called “rapid process improvement workshops.”) These organizations and others have realized impressive improvements in patient safety, quality, waiting times, and cost through weeklong events.

KAIZEN™ events conducted in isolation can be analogous to crash diets. Sure, diets like these can help you shed 20 pounds in the short term, but any long-term benefits from dieting can come only from an everyday lifestyle change. KAIZEN™ events without daily KAIZEN™—real continuous improvement—are far less likely to change the culture. More frequently than not, the organization will regress to its prior state. Even some of the best Lean health care organizations have shared how they backslide from event improvements. These organizations sometimes repeat the same KAIZEN™ event (i.e., solving the same problem in the same area) because they didn’t get lasting improvement from the first. It’s a common dysfunction to see that the changes from an event are neither sustained nor "continually improved" (as W. Edwards Deming would have said) over time.

At their best, KAIZEN™ events can teach people the plan-do-study-act (PDSA) cycle so they can use that thought process to continue working at smaller-scale improvements every day. according to David Meier, consultant co-author of The Toyota Way Fieldbook (McGraw-Hill, 2005), Toyota rarely uses KAIZEN™ events, but when it does, the goal is to teach people how to improve using the PDSA cycle. KAIZEN™ is KAIZEN™, regardless of the size or scope of the problem being addressed. Toyota might be considered an example of an organization that can effectively use KAIZEN™ events because it already has a deeply embedded mindset of daily KAIZEN™ through all levels of the organization.

At their worst, an organization’s series of KAIZEN™ events can become a stale, stifling, and bureaucratic approach where outside experts sometimes alienate the people who actually do the work by pushing their predetermined solutions at them, due to the time pressures of an event. In other cases, no change is allowed unless it is part of a scheduled event. Similar project-driven dysfunctions can exist in Six Sigma programs. One hospital person told us, “If it wasn’t a 'belt' project, then it didn’t happen,” in terms of getting recognition for the improvement. Organizations without a KAIZEN™ mindset, or those that have top-down command-and-control management mentalities, will likely struggle with events, failing in their attempts to spur ongoing continuous improvement.

Instead of selected people occasionally improving just a part of their workplace, we think it’s time to reclaim KAIZEN™ for what it really does so we can better encourage and facilitate everybody improving health care, everywhere, and every day. We should follow the lead of Lean health care organizations like ThedaCare and Virginia Mason that have added continuous daily improvement and everyday Lean improvement, respectively, to their improvement methodologies and culture. Other organizations, like Franciscan St. Francis Health System and IU Goshen Health System (both coincidentally in Indiana), have embraced a vision of Lean improvement that was driven by daily staff KAIZEN™ from the beginning.

When KAIZEN™  to the health care industry 20 years ago, the emphasis was on continuous improvement and changing the culture. There was no mention of KAIZEN™ "events" or an emphasis on episodic improvement. Let’s look back at 1989 when Dr. Donald Berwick, founder of the Institute for Healthcare Improvement and now the administrator of the federal Centers for Medicare & Medicaid Services (CMS), published a piece in the New England Journal of Medicine called "Continuous Improvement as an Ideal in Health Care." Berwick wrote that continuous improvement "holds some badly needed answers for American health care."

Again, Berwick was talking about continuous improvement, not the artificial structure of weeklong workshops, events, or blitzes. Berwick wrote about technical quality improvement tools, but more important, he emphasized the cultural change required for continuous , such as teaching professionals to view themselves as participants in processes, rather than "lone agents of success or failure.” Berwick also worked to convince leaders that their employees generally tried hard and acted in good faith, arguing that “people cannot be frightened into doing better.”

Berwick cited and credited Imai, who notably used the word "event" only once in his book, and that was in the context of a "special event" sale on tires. Surprisingly, even with those roots and a New England Journal of Medicine article, many health care organizations came to believe that "getting lean" meant conducting dozens or hundreds of weeklong events. Yet, Imai’s message and methods were carried forward by many, including the co-authors of this article.

Mark Graban never once conducted a weeklong event during the four years he worked for ValuMetrix Services, a group within Johnson & Johnson that taught Lean and Six Sigma methods to health care providers, yet his clients dramatically improved patient care and reduced costs. These improvements were made through a combination of longer, 12- to 16-week system redesign efforts (including a radical overhaul of physical layouts and workflows) and by teaching KAIZEN™ methods that could be used by health care professionals and managers on a daily basis.

Formal KAIZEN™ events were never considered at VUMC. Instead, a methodology emerged where everyone could participate in KAIZEN™ every day. A key part of the success at VUMC came from the KAIZEN™ program being a "self-sustaining and part of the workflow process of the emergency department, rather than a quality management program layered on top of all the other work that physicians must do."

During a four-year period, hundreds of low-cost, low-risk changes took place. When KAIZEN™ was a small part of the everyday workflow, physician involvement was not a challenge. In fact, physician engagement was impressive, as 93 percent of residents submitted at least one improvement idea.

In true KAIZEN™ spirit, the VUMC medical professionals started identifying defects in processes, such as radiology orders printing on the wrong printer (causing delays in patient care) and certain abnormal labs appearing in the computer without the typical abnormal identifiers. Instead of just putting up with or working around these problems, KAIZEN™ inspired people to highlight things that needed to .

Interestingly, many of the process defects were identified in areas where things were thought to be working really well. Occasionally, larger projects were identified, including changing the way rooms were laid out and updating clinical protocols.

Health care has lots of problems of different sizes and complexities. Lean and KAIZEN™ offer help in all these areas. Big problems can be solved by massive transformation efforts, problems in the middle can be solved by conducting weeklong events, and for the small problems, we have daily KAIZEN™. Big changes may get the headlines, but the bread and butter of improvement, the stuff that really changes peoples’ thinking and creates culture change has often been missing—continuous daily improvement.

Let’s remember that it took 150 years for us to get to this point in health care. We won’t fix it overnight or even through a few weeklong events. There’s so much opportunity for improvement in health care, and thankfully we have a lot of caring, dedicated, and hardworking people. We need each one of them to improve a little bit, every day, everywhere, just as we need large-scale radical innovation. We are beginning to see that some health care organizations that started with KAIZEN™ events are now adding daily KAIZEN™. They are discovering how they can put the continuous back into continuous improvement. Let’s follow their lead.

older
Back to overview
newer

Is Process Mapping the Same Thing as Flow Chart?

How a World-Class Mindset Shifts a Company’s Culture

What a Customer Should Never Hear

Putting the ‘Continuous’ Back into Health Care Improvement

Integrating Industry 4.0 and a KAIZEN™ Culture

What is the Circular Economy and how does it affect us

Did I say that out loud? Avoiding Conversational Minefields at the Gemba

The role of Senior leadership in the shift to a Lean culture.

Get all the latest news about Kaizen Institute Canada.
Subscribe now.

Thank you for your interest in Kaizen Institute Canada’s services. Please provide the following information about your business needs to help us serve you better.